Motorola PMMN4025 (also known as PMMN4025A) is an IMPRES-audio remote speaker microphone (shoulder microphone – similar to what the police use) for the Motorola DP3400 & DP3600 as well as every radio in the Motorola DP4400e series. PMMN4025 has a 3.5mm audio jack connector to connect an earpiece (shown below) and an emergency button (requires programming).

The following radios have a MOTOTRBO DP-series connector and allow the microphone to connect directly to the side:

Programming this button is done as follows under Configuration > Genral > Control Buttons.

This remote speaker microphone has a 3.5mm auxiliary audio connector that allows an earpiece to be connected for additional privacy. The earpieces we sell for this microphone are in the following table and can also be purchased by clicking on the part number and adding to your shopping cart.

There are no reviews yet. 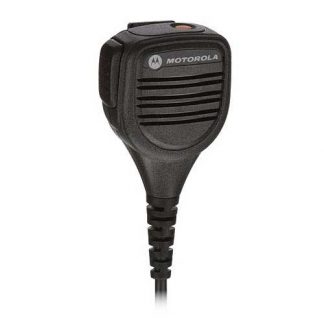